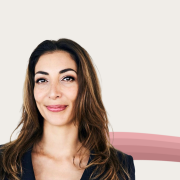 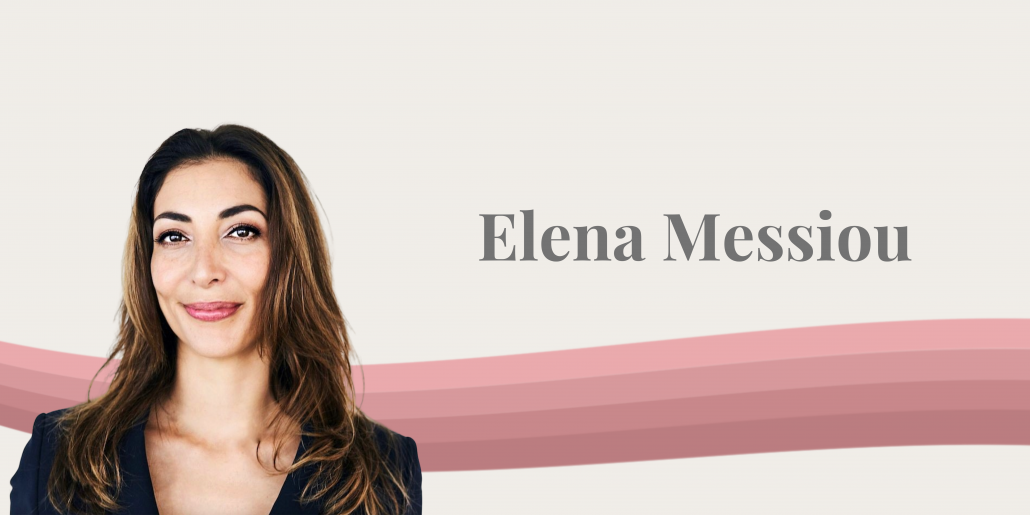 From a masters in Global policy and public affairs to being a communications consultant to a learning and development manager, an entrepreneur and now a lecturer and DEI consultant, Elena Messiou has experienced a variety of different jobs throughout her career, with a guiding principle driving her forward: having a job that has an impact on people.

“What I knew for sure was that I wanted to have a job where I would have an impact on other people’s lives.”

Growing up in Cyprus, Elena’s parents instilled in her a value that she still holds close to her heart in everything she does nowadays; to make sure that her actions positively impact others. Going further into what this means for her, we found out that Elena considers the other in the broad sense of the term, whether that is an individual, animals or the environment, she strongly believes that whatever she does must benefit more than herself solely.

“Of course we’re not all the same and we don’t come from the same opportunities. I believe that to be where you are, somebody has helped you, has opened a door for you.”

Elena was not born with a silver spoon in her mouth, but privilege is something that she acquired throughout her life through her own hard work and dedication, but also through the help of a strong support system and network that opened doors for her that may have remained shut had it not been for their assistance. And so was born another one of Elena’s values and driving principles: to be someone that can create opportunities for others, in fact, she believes that is the role of a leader, to open doors for others, and share their privileges.

Throughout her career, Elena found herself in some male-dominated environments, which she learned a lot from. One of her most inspiring managers was a man who she now considers a good friend. With him, she experienced firsthand the benefits that an individual’s energy and positivity bring to the office and the impact it has on people working with them. She also saw the value of treating each individual as such; on an individual basis, taking the time to understand them and letting them have a voice, and showing up for them when it mattered. These are all traits Elena admires and respects, but she also believes that each person is different, and that individuality and unicity transpires in leadership. As a leader herself, she values giving individuals the freedom to do things in the way they want, supporting  them when needed, and letting them do what they feel is right.

“I would recommend to new leaders to address diversity with an intersectional approach.”

Along with occupying a variety of positions, Elena has also lived in a variety of different countries. When she arrived in the Netherlands, she realized that her last name did not help her while looking for a position. This is something that she wishes to see change. Indeed, Elena harbored an interest in diversity and inclusion, and through a conversation with a friend, realized that it was something that she could pursue in her work. There it was, another door opening for her! With diversity and inclusion, Elena hopes to see equitable opportunities for individuals from all walks of life and different backgrounds. When looking towards diversity and inclusion for women in the workplace, she hopes that leaders will take an intersectional approach, considering gender along with the other factors that make up the individual, such as their ethnicity, sexual identity, age and so on to ensure that all women are offered equal chances.

What is Elena’s advice for leaders? To keep on exploring. The more you learn, the more you realize that you don’t know as much as you thought.

Our next #SheLeads blog will feature Elsa Endlich-Metselaar, a woman in leadership with a passion for Diversity in teams. Follow the Female Hub on Instagram, Facebook and Linkedin to stay updated! 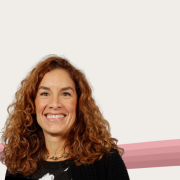 A career with Philip Morris has taken Tui Perez Bean around the world; from the United States to the Dominican Republic to France to Brazil. Tui currently resides in Switzerland from where she has been Finance Director of Africa and Levant and now is Vice President of Finance & Planning for Eastern Europe.

We spoke to Tui about her incredibly successful career. She shared that a key element of her success was the unique possibility to hold positions in various parts of the world, getting to know different countries, cultures and people. Through this experience Tui learned to become more resilient and gain a greater appreciation for change. She also felt fortunate to be able to share these learnings with her two sons who accompanied her to the various places in which she worked.

“It is not a one woman show, it is truly a couple’s accomplishment.”

A key moment in Tui’s journey was the first time she was offered to go on assignment. She and her husband were both offered equally interesting job opportunities abroad and had to make a decision many dual career couples make; which assignment do we take and how does this affect the other’s career? Together with her husband they made the difficult decision to pursue her assignment and move abroad. She notes that without her husband’s support, none of what she has and continues to achieve would have been possible.

Another defining moment was when Tui was on assignment in Africa. She not only had the opportunity to work on a variety of interesting projects, enter new markets and work with new people, but to enact real change. A good leader does not only get opportunities but also gives opportunities, therefore a big part of Tui’s agenda was to help give more opportunities to women in a team environment that at the time was male dominated. She continues to follow the careers of the women she hired whilst in this position with a few now being promoted to leadership positions. For Tui this was not about reaching a quota but rather giving opportunities to women who were already there, qualified and eager to take on the position. By opportunity, Tui does not only refer to the job itself but also to the conditions of work that allow women to balance their professional and personal responsibilities. She elaborates that unfortunately, culturally, the role of women in some of the countries she has worked in is still that of the caretaker despite balancing a full-time position.

“I assumed the answer was no.”

When asked if she faced any particular struggles during her career as a woman in leadership, Tui shared that one of the struggles was the fact that she felt as though she could not voice the stress or difficulties she faced. For example, she never felt as though she could say she needed to leave at five so that she could spend time with her children; she assumed the request would not be understood and therefore did not ask. Working in finance, long hours are expected; Tui recalls that during a very intense and highly stressful budget process, running late into the night, she had a miscarriage. She shares that it never crossed her mind to tell her employer she was pregnant and needed rest but rather pushed through.

Tui notes that nowadays this narrative has shifted and companies are becoming more and more flexible in allowing particularly women to take a break without being penalized. For the first time in her career Tui has asked her manager for a break before starting her next assignment. With a list of bullet points in hand she was ready to support her request and was positively shocked when her manager said yes immediately.

“Once you set your priorities straight, everything falls into place.”

One of Tui’s biggest learnings has been to ensure she has set priorities right. For her these are God, Family and Living a Life of Service. Her advice to you is to create a list of three  principles and lead your life guided and motivated by these as values. If these priorities cannot be integrated into your job or life the way it currently is, know that you are in the wrong place.

As mentioned, one of Tui’s priorities is to “Live a Life of Service” which is something she has always struggled to integrate into her work and life. While on assignment in Nigeria, Tui saw tremendous need and was determined to help. In collaboration with a colleague, she raised $46,000 to arrange transportation for orphans who had to walk two hours to school in periods of heavy rain. Three years later, this project has inspired 600 similar endeavours which have been heavily supported by the senior leadership and CEO of Tui’s employer. She is thrilled to now have the space and support needed to prioritize this core value and continues to work on projects alongside her job as Vice President of Finance and Planning.

Looking forward, Tui hopes to have eliminated some of the struggles women face and share her learnings thereby easing the path for the next generation of leaders.

Our next #SheLeads blog will feature Elena Messiou, a woman in leadership with a passion for Diversity, Equity and Inclusion. Follow the Female Hub on Instagram, Facebook and Linkedin to stay updated! 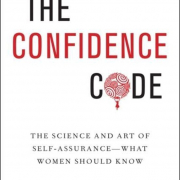 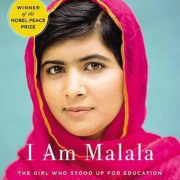 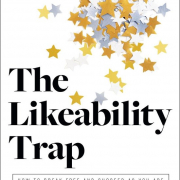 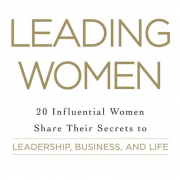 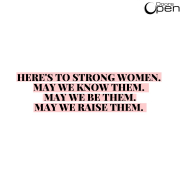 Doors Open came up with an initiative that combines World Compliment day with International Women’s Day 2021. This day commemorates the social, economic, cultural and political achievements of women. In the run-up to International Women’s Day on the 8th of March, we complimented an inspiring female leader every day. These women #choosetochallenge all in their own unique ways. We are proud to present all those amazing leaders we have put the spotlight on with you and share their contribution to this world.

Do you want to know why we found these women inspiring? Read our blog post!